Fedrigoni is launching a revolutionary new range of products based on the upcycling of siliconized glassine liner material, which until now has been partly recycled and partly discarded. The glassine liner, which is recovered from end-users, becomes now, and for the first time, part of the facestock of the self-adhesive construction, enhancing the value of the product and reducing waste, emissions and energy consumption. 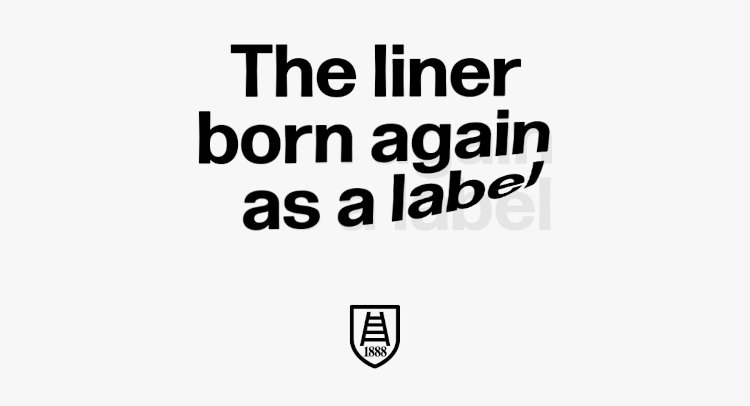 From Cinderella to belle of the ball: glassine, the siliconised liner that is separated and discarded during the application of self-adhesive labels, becomes the new star of the show as part of the decorative label that sets the product apart, thanks to Fedrigoni Self-Adhesives. The Fedrigoni Group, one of the worldwide leaders in the production and sale of speciality papers for packaging and other creative applications, as well as high quality self-adhesive materials, has launched Re-Play™, a revolutionary product range in the world of self-adhesive materials and the first worldwide example of upcycling, not simply recycling but a process whereby waste becomes valuable, and is transformed into a more highly precious material with a lower environmental impact.

Re-Play™ is the result of a circular economy solution originated from the Fedrigoni Self-adhesives Re-Play™ liner recovery program. “We decided to set out on this path because it is in line with many of our ESG goals, in terms of reduction of waste and CO2 emissions - says Fulvio Capussotti, Executive Vice President Fedrigoni Self-Adhesives - Fedrigoni's goal is to involve the end customer as an integral part of this circular economy approach, with the inclusion of the entire supply chain, starting with the printers, who are the first users of the self-adhesive material.

In terms of recycling, we have entered into an exclusive partnership with Les Papeteries de Clairefontaine, which possesses a low-temperature repulping process powered by biomass: adding glassine paper to white wastepaper results in a high-quality product without the need for invasive de-inking processes and with significant raw material savings”. This is how the new Re-Play™ range was created, which consists of four types of 100% recycled paper: Nature White, Martelé, Retrò and Pearl. All these products will carry the FSC recycled certification, which attests to their composition and value as a recycled and sustainable product.

Fedrigoni Self-Adhesives is one of the five founding members of CELAB-Europe, a consortium currently comprising 30 members committed to the implementation of a new business model for self-adhesive materials, based on the circular economy. The consortium aims to collectively identify and implement recycling and reuse solutions for self-adhesive label liners and waste by 2025 through the development of a sustainable and circular model for more than 75% of the materials used in Europe. Fedrigoni Self-Adhesives' involvement in the CELAB-Europe consortium is part of a wider sustainable development and innovation project that has seen the group commit to a path of continuous improvement for almost 30 years.

With its ambitious 2030 ESG targets, Fedrigoni is set to become an industry benchmark in terms of environmental policies and one of the best places to work in terms of safety, inclusion and career development opportunities.